For Deepa Malik, life has never been able to pose a challenge that could dim her spirit. From getting operated upon when her husband was serving the nation in Kargil and getting 183 stitches between her shoulder blades, she has been a real life inspiration for years now. Having won sporting laurels at the international stage for close to a decade, the only medal missing from her repertoire was the Paralympic one. And at Rio, she has fulfilled her dream. (Shot putter Deepa Mallik bags historic silver at Rio Paralympics)

On 3rd June 2020, Deepa Mallik celebrated 21 years on Wheel Chair. In her social media  post, she wrote “celebrating 21 Glorious Years on my Will Chair .. it’s today that I was REBORN in chest below paralyzed body… celebrating Life and paying gratitude to one and all who helped and supported” These words are highly inspiring for anybody who reads her life story. With her positive attitude and vibes, Deepa Mallik has transformed a disaster in her life in to opportunities and also keeps capabilities to transform her wheel chair to a Will Chair.

She Shares on her social media post “This night seemed to be the toughest and darkest one. Way back in 1999, this night before 3rd June 99, 21 Years ago, when Doctors told me that in the morning they would take me into surgery for removal of spinal cord tumor, I would either die and if I lived, it would be chest below paralysed. All I did was focused on my abilities beyond disabilities. Picked up what I was left with and celebrated life. The darkest night brought the best sunrise of my life. I was reborn on my “Will-Chair” stronger brighter in my new body which gave me a purpose and direction in life. Have compiled 21 photos for 21 years. I celebrate every 3rd June as my day of gratitude to almighty and each one who has supported my journey. I celebrate every 3rd June as my day. For giving me these years to celebrate life to prove Abilities beyond Disabilities, 21 Glorius Years on Wheelchair, Yet anothe year and Miles to go before I sleep”

Deepa Malik (born .30 September 1970) is an Indian athlete. She is the first Indian woman to win a medal in Paralympic Games and won a Silver medal at the 2016 Summer Paralympics in the shot put. She has won accolades for her participation in various adventure sports. She is associated with Himalayan Motorsports Association (H.M.A.) and Federation of Motor Sports Clubs of India (F.M.S.C.I.). She has undertaken an 8-day, 1700-km drive in sub-zero temperatures which included a climb to 18000 feet. It was –Raid De Himalaya. This journey covers many difficult paths including remote Himalayas, Leh, Shimla, and Jammu.

Deepa Malik is the wife of a veteran cavalier Colonel Bikram Singh and daughter of a veteran Infantry Colonel BK Nagpal. She is the mother of two adult daughters- Devika and Ambika.

She was previously honored with the Arjuna Award in 2012, at the age of 42 yrs.Paralympic Games 2016, Rio 2016 | Silver Medal (2nd Position) – First Ever Indian Woman to win a Paralympic Medal (Shotput)

Deepa Malik was the first person ever to receive a license for invalid (modified) rally vehicle, a case she consistently pursued for 19 months in Maharashtra. She is also the first physically challenged individual in the country to receive an official rally license from the Federation Motor Sports Club of India (FMSCI) and become a navigator and driver in the toughest car rallies of the country- Raid-de-HIMALAYA 2009 and Desert Storm 2010.

She had the honour of being the part of the grid and national anthem ceremony at the flag-off of Formula-1 race at Buddh international circuit, 2013.

Her aim of joining motor sports is to spread awareness towards the fact that physically challenged individuals can obtain an official license and attain independence and self-reliance through driving. Deepa Malik has undertaken numerous rallies to promote this cause.

Longest Pan-India drive done by a paraplegic women. Chennai-Delhi 3278 km – 2013, Driving Across Nine High Altitude Passes in Nine Days on Leh-Ladakh Highest Motorable Roads. (First Woman in the world in her disability to attempt a journey like this – 2011), Riding Special Bike −2009, Swimming in River Yamuna Against The Current For 1 km. Allahabad-2008

Deepa contributed immensely towards better sports policies for physically challenged in her role as a member of the Working Group for the Formulation of 12th Five Year Plan (2012 – 2017). Deepa works closely with the government to implement progressive & inclusive policies. She is the ‘Clean India’ brand ambassador for New Delhi Municipal Corporation and expert consultant for Disability Inclusive Accessible Infrastructure for Ministry of Housing and Urban Affairs ‘Smart Cities’ project.

As the founder of Wheeling Happiness Foundation, she has taken up the cause of enhancing the emotional health of persons with challenges and empowering women through outdoor sports, motor sports and adventure activities and also assisting the training and sports equipment requirements of para sports persons. The foundation also enables persons from lower socio – economic strata as well as running disability sports awareness & advocacy sessions at various schools and colleges. The foundation has provided more than 500 mobility aiding devices. She also provides disability sensitization training to airline staff. Deepa Malik has assisted many physically challenged persons to learn driving & sports and hence live a more self – reliant life. 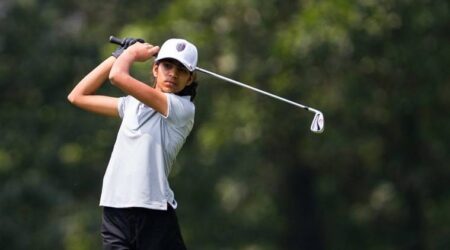